HTC have announced that their recently updated Android interface, Sense 3.0, will unfortunately not be available for the Taiwanese company’s older handsets.

The company had already announced earlier this week the latest in their long line of new smartphones the Sensation. It will be the likes of this handset along with the EVO 3D and Flyer tablet, which will be getting the updated Sense 3.0 according to an article on Engadget by Vlad Savov.

This will be frustrating for people who have recently picked up the Desire S or the Incredible S. The news was confirmed via the HTC Tweeter feed, after a follower asked a question asking when the new version of Sense would be making its way to older devices. A HTC spokesperson replied it would only be available on the latest handsets because of the hardware requirements of Sense 3.0. 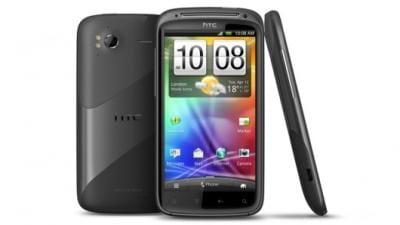 The new Sense UI will have among its features 3D widgets, smart lock screen shortcuts, and 360-degree menu carousels. HTC did leave another message on Twitter later though, saying that some of the features of Sense 3.0 will indeed make it to older handsets.

Are you disappointed that the full version of Sense 3.0 will not be coming to many HTC cell phones?