HTC have had some success of late as they continue to bring out an array of different smartphones. We recently told you that the much talked about HTC Pyramid was in fact to be called the Sensation. Today we have what might be the HTC Sensation release date.

Earlier this month the handset was announced in London by HTC, but as they remained tight lipped about a release date. David over at TmoNews is reporting that an HTC sponsored ad on Google shows the handset coming on June 8.

Now this is not the first time an ad has appeared on the internet for a phone, so it may mean nothing. Also if you look at the press renderings that were released by the company, on the display of the handset it also shows the date Wednesday June 8th. 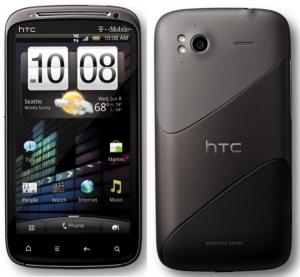 It is not known if this date is correct, and if the date is for a European release or for T-Mobile in the United States. Hopefully as the date does get closer we might find out more solid launch date information, and we have already told those of you who live in the UK that you can register with Vodafone for updates on the handset.