We previously told you about a rumored handset called the HTC Pyramid, but now we’re pleased to say that it has just been officially unveiled by HTC. However, it will be now known as the HTC Sensation 4G and will be headed to T-Mobile in the US, and other carriers in the UK.

The handset looks like an absolute beast as well from a hardware perspective, as the device will include specs such as a 1.2Ghz dual-core processor, a 4.3-inch qHD SLCD display screen, 768MB of RAM, an 8MP rear camera with VGA front camera, 1080p HD video recording, and an included 8GB MicroSD card (1GB memory built-in). 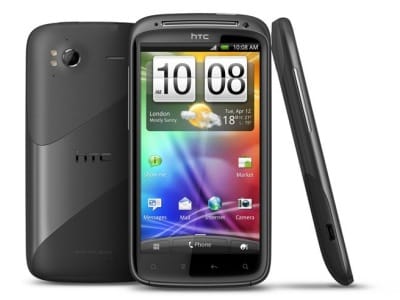 In terms of software, you’ll be pleased to hear that the Sensation is a Android 2.3 Gingerbread handset, which will be customized with Sense 3.0 – so the very newest version of HTC’s UI. As the name suggests, you’ll also get 4G speeds thanks to T-Mobile’s HSPA+ network, while it’s also worth mentioning that the display screen will be built using Gorilla Glass materials.

As for release, it will be available in the UK and Europe first, exclusive to Vodafone for a few weeks starting from May – it will then be available on other EU carriers after that. As we mentioned above, this handset will be coming to T-Mobile in the US and you can look forward to seeing a release sometime this Summer – no solid release date yet unfortunately.

You can view full technical specs, pictures and more details over at Engadget here. Let us know your thoughts on the Sensation, formerly known as the Pyramid. Does this handset interest you or not? Those specs are pretty mouthwatering though you have to agree.