When HTC officially unveiled its Salsa and ChaCha Facebook phones during the Mobile World Congress earlier this month, they claimed that both handsets would launch in Europe before the end of the second quarter. Well we can now tell you that a UK release date has just been announced.

According to a recent article by Darren Allan over at techwatch.co.uk, online electronics retailer eXpansys has recently put both the ChaCha and the Salsa up on its website, along with a release date of June 17th. Both handsets are now available to pre-order, despite not having any pricing details.

As Vlad Bobleanta over on the unwiredview.com website recently reported, the HTC Salsa features a 600MHz processor, a 3.4-inch touchscreen display with a resolution of 480 x 320, 512 MB of internal storage — although it is expandable via its microSD card slot — and a 5-megapixel camera with flash. 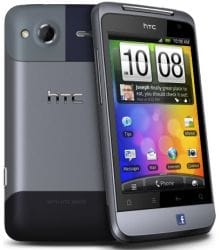 The HTC ChaCha on the other hand features a 2.6-inch touchscreen display with a resolution of 480 x 320, a QWERTY keyboard, a 600MHz processor, a 5-megapixel camera and a VGA front-facing camera. Both handsets feature a dedicated Facebook button and run on Android 2.3 Gingerbread OS.

Do you like the sound of the HTC ChaCha or the HTC Salsa? If so, will you be buying either one?