Earlier on this week we gave you a useful video hands-on preview of the unannounced HTC Rezound smartphone, but now we have something exciting to share with you. HTC has just announced that they’ll be holding an event on November 3rd, and you can bet that a good portion of it will be spent unveiling their new device.

Firstly, if you haven’t seen the recent video, you can watch that back again here. It shows the device in the wild, alongside the HTC Thunderbolt giving you an initial run-through of design and dimensions compared to the Thunderbolt.

In perfect timing, HTC has now unveiled their event which will take place later today and we have the roundup of start times for you in your relevant time zone. Also take note of the accompanied image that HTC supplied with their invitations, Beats logo for the letter ‘b’ in brilliant is a dead giveaway for the Rezound, as it will be one of their new smartphones to support the popular audio technology from Dr Dre. 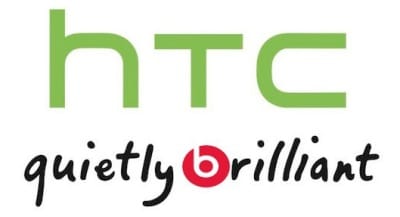 Without further ado, we can tell you that the event will be taking place at 7.30pm UK time, which is 12.30pm Pacific Time and 3.30pm for those of you on Eastern Time. Bad news for me since the event will take place at 3.30am Hong Kong time, but we’ll be keeping you updated with key information from the event as soon as it happens live anyway.

What are your expectations of the event? We expect to see more than one device other than the Rezound, a nice new tablet would be lovely as well. We’re hoping that the Rezound will have a 1.5Ghz dual-core processor at a minimum, while a confirmation of an Ice Cream Sandwich 4.0 update would also go down a treat in our books.

If you’re looking for a liveblog of the event, you’ll be able to find one courtesy of Engadget here. We’ll update this when we gather more links if you want an alternative.