Since it was first leaked there has been a lot of talk of the HTC Pyramid, with the phone looking to be a highly desirable handset. Today we have some news on the UK release of the handset, and a name change for it.

Stuart Miles over at Pocket-lint is reporting that people close to the matter have told them the HTC Pyramid will be called the Sensation. The device will launch in the UK next Tuesday at HTC’s special media event in London.

The handset should then become available in the UK over the following months. One of the sites sources did confirm that the handset will be coming to the UK but couldn’t say what networks. Rumors before have spoke about the handset having a dual-core processor and a 4.3-inch display.

It is also thought the handset will be running Google’s Android Gingerbread when it becomes available. The speculation about the handset increased recently when there was no sign of it at the cell phone tradeshows CITA and MWC. 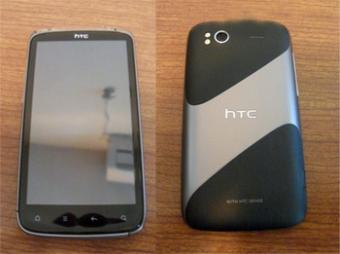 Some people think the handset could be one of the most sought after new cell phones released this year, and by next week we should have more idea of its availability.