Only just yesterday we showed you a photo of the HTC Pyramid, which was the first solid photo of the devices back. Alan explained how the back of the Pyramid looked a lot more slick when compared to the HTC Desire HD, you can see that photo in yesterday’s post.

Today we’ve got a minor update that shows a photograph of the HTC Pyramid’s front (via gsmarena.com), which clearly shows a secondary camera (seen below) that we believe would be used for self-portraits and video-calling, much similar in display size as the 4.3-inch Desire HD, you will notice that the icons are smaller on the Pyramid, which will likely mean that the device has a higher resolution. 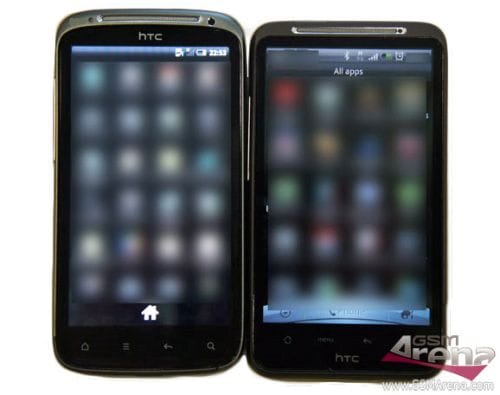 GSM Arena has also shown some new specs for the new HTC phone, these are rumored to include Sense UI 3.0, DLNA, 8 megapixel camera with auto focus, 768 MB RAM, Android 2.4, and a 1.2 GHz dual-core processor. Anything missing you wanted to see on the HTC Pyramid?

The popular blog also looks at the aspect ratio in a comparison they performed, you can read about this in the above link. What do you think of the HTC Pyramid so far, and will it be your next phone? We’ll update you when we get more details, especially looking forward to a higher resolution photo or video.