This year it seems like everybody is trying to bring out a tablet PC to take on Apple. Last week we told you about a HTC device that could be coming out on the AT&T network, but not much more was known. Today we can report that more details of the AT&T tablet have emerged.

Scott Webster of Android Guys is reporting in an article that the 10-inch Android device will have a 1280×800 resolution display. The details come courtesy of 911Sniper and the device will also be powered by the Qualcomm 1.5 GHz dual-core processor.

It will also be running Android 3.01 which will soon be followed by 3.1 which was recently announced. The device is also thought to be able to support the HTC Scribe stylus. The HTC tablet is thought to be landing sometime in June. 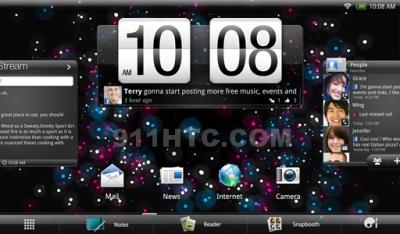 Consumers are going to have a nice choice of tablet PCs this year if they want one on the Android Platform. The Apple iPad when it was first launched last year kicked off the surge in tablet PCs we are now seeing. While the iPad remains the bench mark in the field, there are some worthy devices coming to the market.