A few days ago we looked at how the prices of the HTC One compared to the Samsung Galaxy S4, considering pre-orders have already begun for the former and are soon to begin for the latter. Because these handsets are being released so close to each other it is obvious they will be pitted against each other, but will it be a fair contest?

Because these are two rival devices you will see a multitude of HTC One vs. Samsung Galaxy S4 video reviews appear on YouTube, such as the one we have for you above. It’s great to see how two flagship handsets from two brands have a completely different understanding of design. The S4 still has a plastic feel (well polycarbonate) and the heavy metal finish with the One.

As you would imagine both have their pros and cons, such as the S4 being lighter and comfortable in the hand, whereas the HTC One feels more like a premium device, but it’s heavier and not as comfortable to hold in the hand. Watch the video for a detailed review of these flagship smartphones. 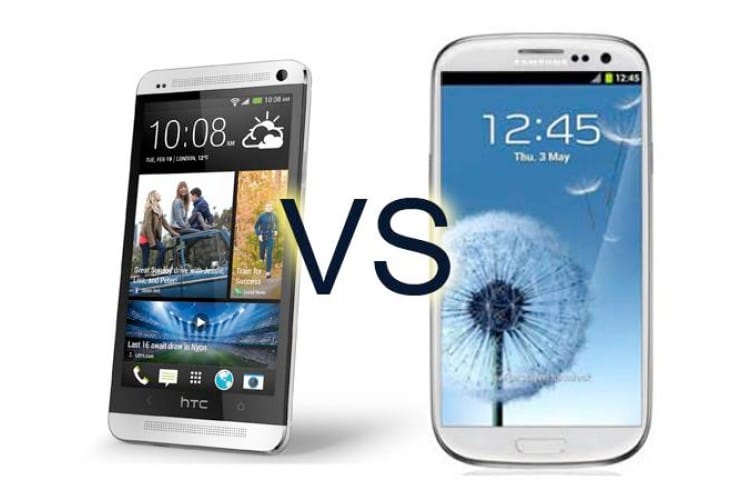 In another review they make a point that while Samsung has not changed the design of the S4 when compared to its predecessor, it still feels like a much better device. However, they believe that your final choice between the HTC One and the S4 will come down to either a premium feel or superior features.

We recently looked more closely at the HTC One review of demand since being announced; along with the fact the UltraPixel lens has been causing some delays with production. Shortly after Samsung held their Unpacked event there was the first hands-on Samsung Galaxy S4 review. While this does not go as much into detail as the video above, it does give you an idea as to the excitement just after its unveil.