While an exact release date for the HTC One (formerly M7) has yet to be announced, we know that you’ll be able to get your hands on one by mid-March. Overall the new handset was well received, but the real test starts now, as people will want to know just how it compares to the top three smartphone that have already established themselves on the market?

The three handsets that we are talking about are the Samsung Galaxy S3, Apple iPhone 5 and the Nexus 4 from LG and Google. The HTC One is going to have a tough time, but must hope that its upgraded specs and large screen will help it win out — then again you have to remember that those three handsets are aging models but can still put up a fight.

We have three video reviews for you, with the first (above) being the HTC One vs. Galaxy S3 review, which was created shortly after the One was revealed earlier this week. You’ll see right away that these two devices could not look any different. The former handset has a more quality feel thanks to its aluminum finish, which we mentioned when looking at how this handset compared to the Sony Xperia Z. 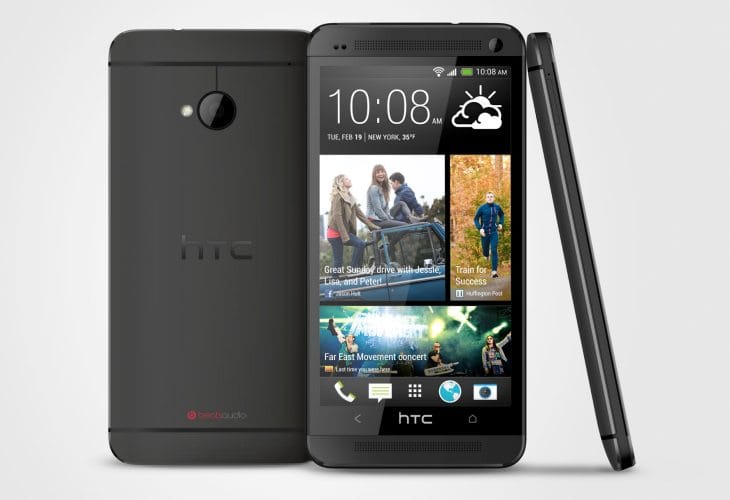 The second video review looks at the HTC One compared to the iPhone iPHone and you’ll see right away just how small the Apple smartphone looks. Both displays offer good quality results and both are made from the same marital. Watch the second video below for more details.

The final video below looks at the HTC One and the Nexus 4 side-by-side. Both have the same size screens and features a quad-core CPU, but the former has a newer version of the Snapdragon processor, which isn’t a surprise really. In the video review there is a benchmark test just to see which of the two has the edge, but we’ll let you see that for yourself to view the outcome.

You may ask yourself why compare 2012 smartphones with a 2013 device, but as we said above these other three handsets still sell by the bucket load — well if there is availability of the Nexus 4 that is. However, we do find it strange that the HTC One is not getting the latest version of Jelly Bean

We now await some real world tests just to see how well the battery life is, because we do hope that those specs don’t have a negative affect on its battery performance? The price of the HTC One will vary, so you’ll have to head over to your carrier to see what they will offer once available. On a final note, you’ll be pleased to know that there are already several accessories for the HTC One, and if it’s a case you’re looking for then OtterBox has three and we also showed you a few other cases several days ago as well.