Back when the HTC One was unveiled it was not long after that OtterBox revealed their range of cases to help keep the new handset safe. However, you were unable to get hold of these until the smartphone became available, and now you can visit the OtterBox website to see their new range.

Whenever a new handset is unveiled we always hope that OtterBox will release one of their cases, as they offer superb protection, but they only deliver this for the top handsets. There are three in the collection; these are the Defender Series with Realtree Case, Commuter Series Case and the standard Defender Series.

So let’s look at all three in detail to see how they differ from each other.

HTC One Defender Series with Realtree Case
The company first describes some of the standout features of the HTC One, as they want to build up why you would want to protect such a smartphone. The outer layer is made from silicone, and then there is the polycarbonate shell and built-in screen protector. 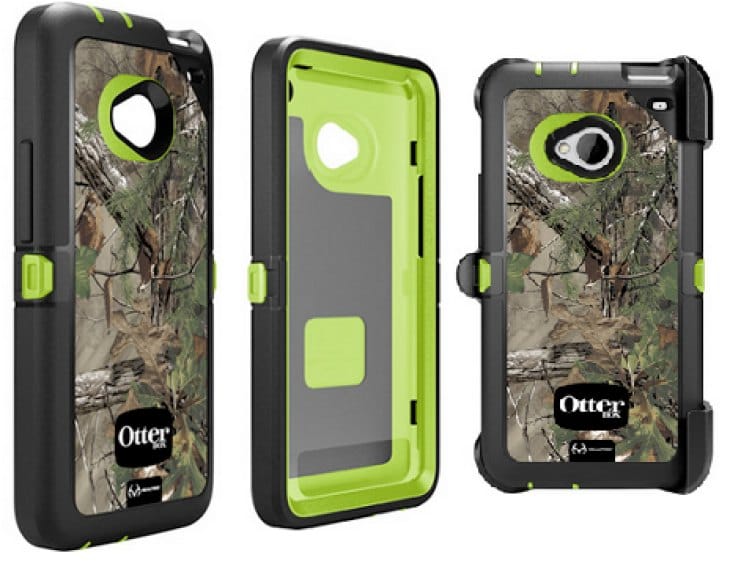 With all three of these features you will be able to accidentally drop your HTC One from a limited height without fear of damaging it. The protective case also comes with a holster, and that camo print makes it ideal if you will be taking your phone into the forest, or if you are into extreme sports, hunting or something else. The price for the HTC One Defender Series with Realtree case is $59.95.

HTC One Commuter Series case
This case is a little cheaper than the one above, but that’s because it does not offer as much protection, although it’s still better than a host of other cases on the market. What makes this so different to other cases in the OtterBox range is how more fashionable it is, this is because of its slim, appealing and sleek design. 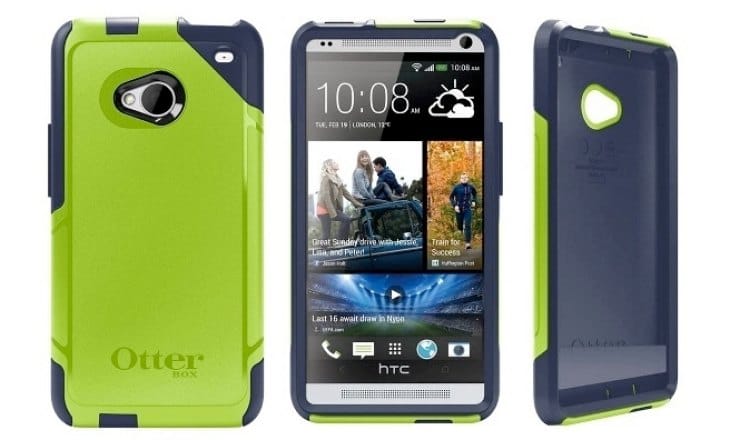 The exterior has a hard polycarbonate shell, with the inner having the silicone layer instead of the other way around like the Defender Series. Because this case is slimmer it fits into your pocket much easier, which is a bonus because you know you have a light and slim case, as well as the knowledge that if you drop your HTC One you will not be picking up a broken device, unless you drop it from a great height that is. The HTC One Commuter Series case price is $34.95 and comes in a choice of five colors.

HTC One Defender Series case
This is the same as the first case we detailed above, but because it does not have the cameo you will only pay $49.95, which is $10 cheaper. There’s another difference, as there is a choice of 4 colors in this cheaper Defender range. 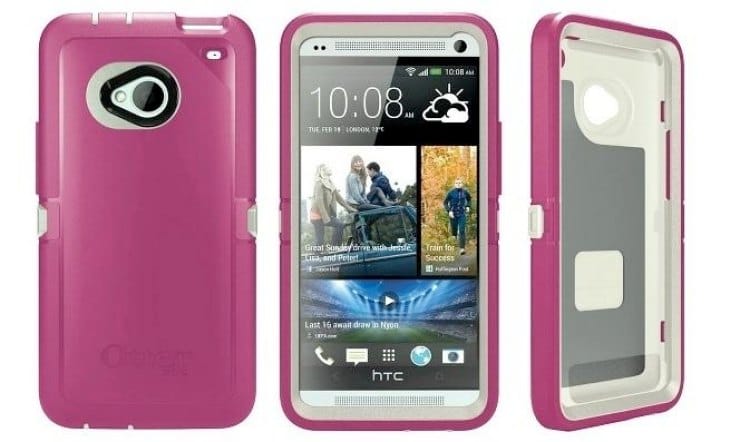 If these OtterBox cases are not for you, then we have several other HTC One cases for you to choose from. However, it would be such a shame to cover up such a beautiful looking handset, because it does not look as cheap as some of the other Android handsets on the market.