There has been a huge debate as to the name of the HTC One M8 successor, and a listing on HTC’s website seems to point to the M9. We know that its tentative name was Hima, but that was never going to stick. That’s not really important though, as people are more concerned about its looks and if it will be any different to the M8 in terms of its design.

Well, if we are to go of this latest HTC One M9 render, then we really do get a good idea of its design, and how it compares to another rendered smartphone, the Samsung Galaxy S6, as well as the already released iPhone 6. 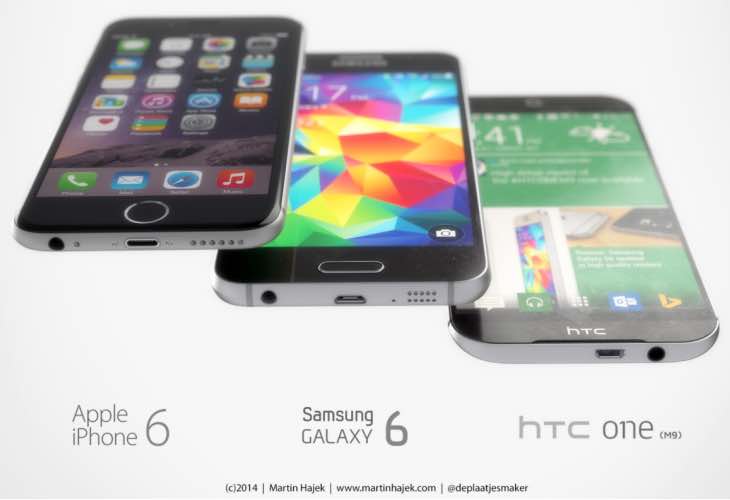 Designer Martin Hajek has come up with a render of the HTC One M9 and then went ahead to compare it to the metal body of the iPhone 6, along with the rumored Galaxy S6. We say this because there are strong rumors suggesting that Samsung is to go with a metal and glass design for its next flagship Galaxy handset, and shying away from the ridiculed plastic design, which has no doubt lost it sales in the past.

While it is clear that we expect to see some changes made to M9 when compared to its predecessor, as well as the S6, there is a worrying trend that all three handsets look similar in terms of their rectangular shape and rounded edges.

Let’s not read too much into these renders just yet, as that is all they are, renders and just a general idea of what could be. To see all of the renders please visit NoWhereElse.fr.