The HTC One M9 was finally revealed to the world at the 2015 Mobile World Congress on Sunday, and we have already seen a few official One M9 accessories detailed at the same time. This includes a case, charger and also a carrier. However, there is far more out there already, although from third-party suppliers.

We were pretty shocked to see that there are already HTC One M9 cases available, even though the handset is not due to be released until the end of March, having said that, it is good to be prepared because you don’t want your shiny new phone to go unprotected.

Two cases that will become the most popular are surely the next generation Dot View case and the clear black case. Pocket-lint has a few details on these two cases, although we doubt they are ready to purchase yet because they will go on sale on the HTC Store website once its new flagship handset becomes available. 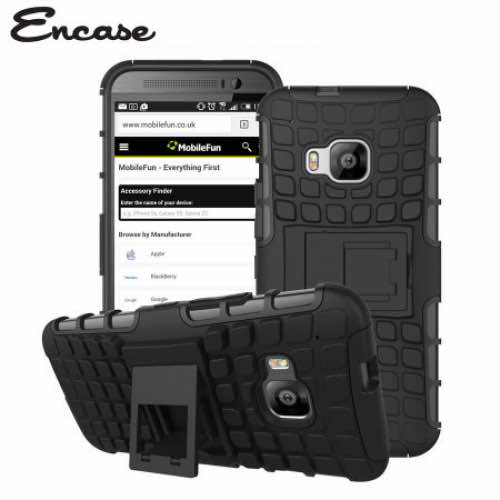 If you want a more extensive range of HTC One M9 cases, then maybe you should check out MobileFun. There is a choice of 44 cases in all, although some of them will be the same make, but in various colors.

A few examples are the Encase FlexiShield for £14.99, although that is for a pack of four. You also have the HTC One M9 Case-Mate Barely There or the Encase ArmourDillo protective case for £14.99 and £12.99 respectively.

However, if you are looking for something with a bit more elegance, then there is always the Noreve Tradition B HTC One M9 Leather Case for £44.99 or the Spigen Neo Hybrid. These are just a few examples so head over to MobileFun for details on all the HTC One M9 cases.