Before people make the important decision as to what smartphone they want, with the Samsung Galaxy S5 and HTC One M8 at the top of the list, they look to reviews to see how a phone compares. However, one of the more important tests is benchmarks, as this gives you a far better idea of the kind of performance you can expect.

The HTC One M8 benchmark results have been rather impressive, although things are not as straightforward as you might think. It would seem that HTC has come up with a clever feature that detects when a benchtest app is being run, and will then turn everything up on the One M8 in order to get the best result possible.

Is this cheating? Many people class this as benchmark cheating, as it is a way to show the HTC One M8 at its best, regardless of what it does to battery life. However, AmongTech reports that HTC is not hiding the fact that they are doing this and even have allowed this featured to be activated by the user when needs must.

The HTC One M8 High Performance Mode can be found in the developer settings, and if you do activate this, then the balanced performance and battery settings are forgotten and it all becomes about the power of the handset, which can be perfect when playing graphic intensive games, although you had better be ready to charge the handset up. 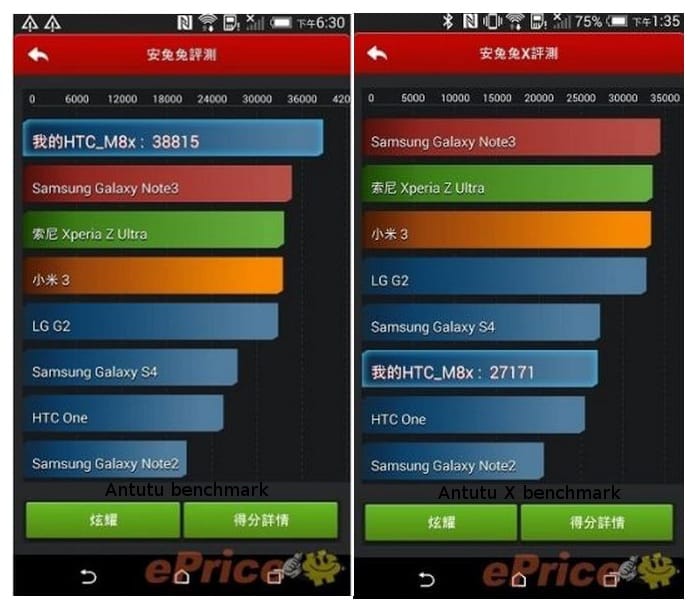 At the end of the day, HTC is not hiding the fact they have this feature, which tricks benchmark apps, unlike Samsung, as they have been found out on several occasions that they were rigging benchmarks, right up until they got caught.

Again, we would like to point out that you could turn this feature on and off, but not during benchmark tests. However, we are sure app developers will be able to detect this feature very soon and will disable it automatically to give you a more reliable result.