When the HTC One M8 was first launched Samsung must have been worried because its metal design would certainly see people consider the HTC. We know that its specs might not be right up there with the S5, but overall it is a very close match.

Each year Samsung produce a cheaper Galaxy handset, which sees it stick with pretty much the same plastic shell, but sacrifices performance in order to keep that cost down. However, HTC can cut a huge percentage of the cost down just by replacing the metal casing with a plastic one, which they have just down with the E8.

The HTC One E8 is around half the price of the HTC One M8, even though its specs are very similar. You would think that the plastic body would make the E8 feel a lot weaker than the M8, but you will be surprised at just how tough the E8 feels in the hand.

We know what you are thinking, the renders of the HTC One E8 looked cheap and tacky, but once you have the smartphone in your hand you will be surprised at just how better it looks and feels. 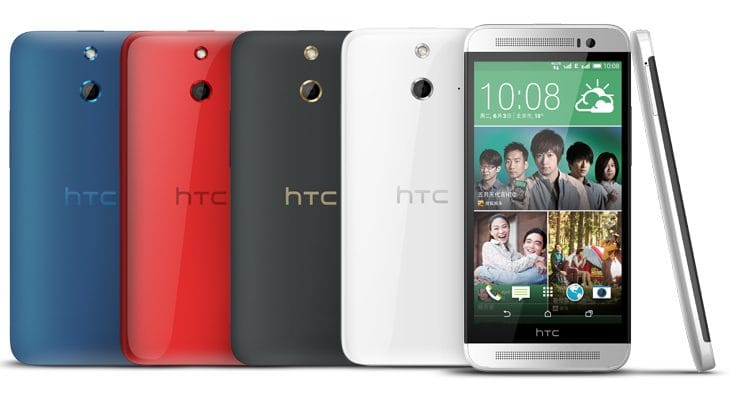 Seeing as though the hardware of the E8 is very similar to that of the M8, we thought it would be ideal to see just how the HTC One E8 compares to the Sony Xperia T3 and Samsung Galaxy S5 for specs.

This might not be the two best phones to compare it to seeing as though these are flagship models, but just remember that the E8 might have a cheaper outer design, but its guts are pretty much the same as the flagship M8, which could prove bad news for the S5 with its plastic shell.

Below you will see two videos, one of the HTC One E8 vs. Xperia T3, and the other is a HTC One E8 vs. Galaxy S5. These are not full reviews, but what they will do is compare the specs of each phone to give you an idea of how they stack up against each other.