While we are seemingly edging closer to the official confirmation of an Apple iPad event for October 2014, it looks like Google are stealthily making their own strides towards the highly anticipated HTC Nexus 9 tablet unveil.

Earlier on this month we told you that the Nexus 9 release date was one step closer, after the tablet checked through the FCC website under the stealth moniker of ‘HTC tablet’.

Now, we are pleased to see what looks to be a legit image of the Nexus 9 design from the back. The Nexus 9, or HTC Volantis as it’s also been known could be coming with a full layer of plastic matte on the back. 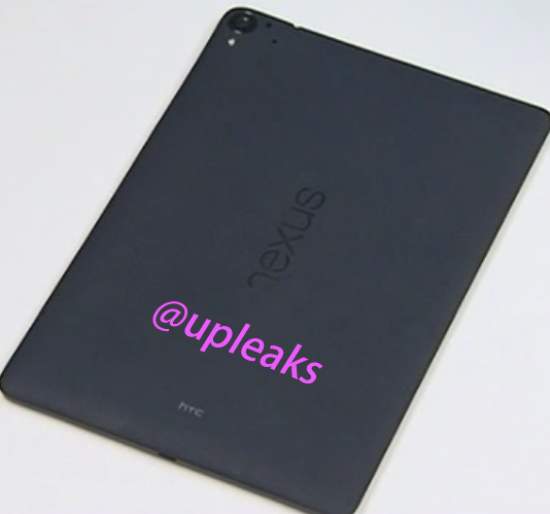 The image included here shows this, which is interesting as we have seen the demands for Google to incorporate metal on their next tablet, but there’s no sign of it here.

The image has been supplied by UpLeaks, so although not official it’s very promising at this point and as far as we’re aware – the very first look at the potential back design of the Nexus 9 tablet.

Is it too similar to the Nexus 7 design though for you to consider, or do you view this as a good thing that Google are not willing to change design drastically if their existing formula isn’t broken? – Assuming the image is legitimate of course.

Take a good look at the image above and let us know if this is the kind of tablet design that you would love to see from Google for the Nexus 9.