We have yet more details on the still unannounced HTC Merge handset for you now, as it has been revealed that there are already some accessories for the device, available to buy now from stores.

As reported from Engadget, an uploaded photo has confirmed that the ‘Body Glove’ snap-on case for the HTC Merge is available, and is obviously designed to protect the lovely metallic design of the handset.

It is getting to the point now, where we expect the HTC Merge, or Lexikon as it’s also known, to be announced at any moment by Verizon.

Don’t forget that the Merge will have support for both GSM and CDMA, and it will be packed with some decent specs such as a slide-out QWERTY keyboard, 4.xx inch display, a 5 megapixel camera and Android 2.2 Froyo OS.

You can see the photo in question below. Let us know if you are planning on picking up the HTC Merge. 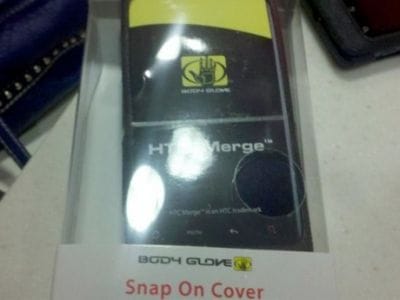