It seems that Weibo are continuing to reveal some HTC Sense 5 screens that hint at the new features, and within the last 24 hours they have published a few more screenshots of is apparently the rumored HTC M7 running their new Sense 5 UI. These images were picked up by Pocket Now a few hours ago and of course over the weekend as well with the other leaked screens.

The images above are taken from the latest leak, which the screenshot on the left is claimed by the source to be running on the unofficial HTC M7. This claim hasn’t been verified at the time of writing, so take it with a pinch of salt, but it certainly looks authentic although there’s no way to prove it has been taken from the HTC M7. 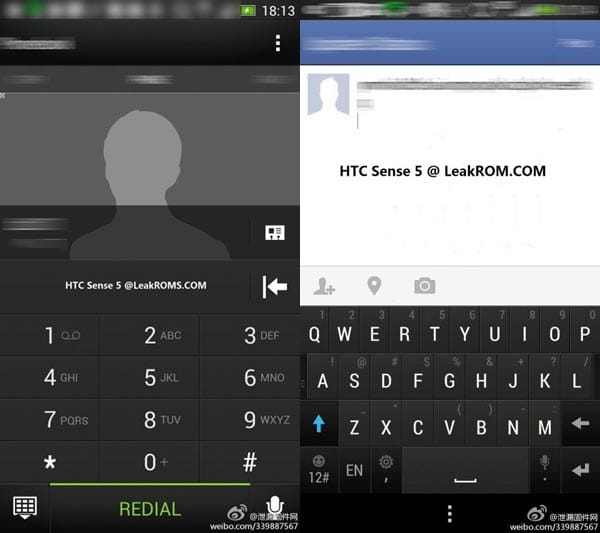 We’ve also included the screens from the leak over the weekend, and the collection as a whole reveals what seems to be a few signs towards new HTC Sense 5 features. You can see what looks to be the new lock screen with a few changes, which includes icons with a “holo” style, weather information, and the ring has vanished.

Pocket Now also point out that the settings page is displayed in one of the screens, which some users will need to get used to the changes if these are included in the final build. These apparently include new switch toggles and icons. Now we’ve just got to see if more is revealed at CES 2013, or if we need to wait until MWC for the finer details.

What would you like to see improve with the new HTC Sense 5?