One upcoming smartphone which we have not spoken about is the HTC Kingdom, recently details regarding this Sprint-bound smartphone have shown up on Engadget so we thought we would bring you up to date with what we know so far.

Back in late April Engadget posted a leaked photo of the HTC Kingdom, it is very blurry, however allows us to at least see its Android buttons and large touchscreen display, we have embedded this image at the bottom of this post. Engadget also say that the display has a 4.3-inch diagonal and a qHD resolution.

Recently HTC sent the Kingdom to the FCC for testing, you can see all of the FCC documentation here, but as Engadget point out the most interesting information we get from this is the fact that it features both CDMA and WiMax radios. The fact that the Kingdom has passed its tests at the FCC suggests that a Sprint release date announcement will come pretty soon.

You can see a better quality photo of the Kingdom over at PocketNow, as and when we hear more about this intriguing smartphone we will keep you posted.

Do you like the look of the HTC Kingdom? If so, will you buy it when it hits Sprint? 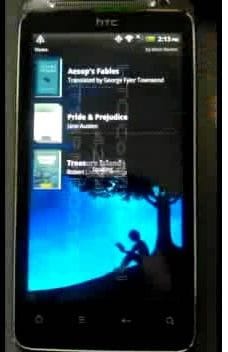