Choosing the right HTC Android handset has been made even tougher over the past few months, as there is such a huge variety. However every now and then a deal comes up that makes that decision process much easier. The HTC Inspire 4G has seen a price drop but the deal is via Amazon and not AT&T.

Looking at this handset you could think that you are looking at one of a handful of other HTC smartphones on the market, but there are two things that makes this model stand out; the first is that it uses 4G technology, and the second is that it will only cost you $49.99 for new customers and $69.99 for existing ones who wish to sign a new two-year deal.

We have to wonder why Amazon is offering such a deal, maybe it is because they know that there are new HTC handsets on the way, so need to get rid of old stock? Some of you might not want to sign a two-year contract on a phone that only has a single-core processor, as they would much prefer one of the newer models with dual-cores, such as the rumored HTC Pyramid. 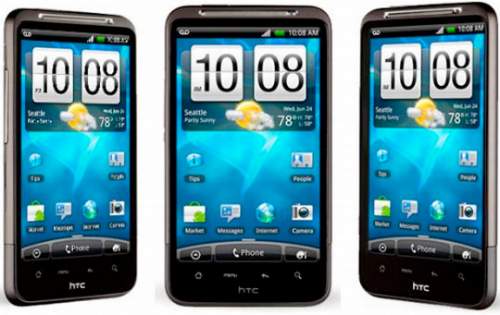 BGR believes that this aggressive stance by AT&T is a direct result of Verizon getting the iPhone, but not certain if price cuts on phones with old tech it the right way to go? From what we can see HTC does not have many handsets coming to the market with dual-core CPUs. We have no idea why this is, maybe they are unable to get the most out of it with their custom UI? Visit Amazon for more details on this deal.

Is this new HTC Inspire 4G price drop a compromise over performance?