If you have been keeping a close eye on developments at the Mobile World Congress 2011, you’ll probably know that HTC have announced a refresh of some of their most popular handsets. We’ve already told you about two of them, but now we have the first details on the HTC Incredible S handset.

First of all, let’s tell you the nitty gritty hardware specs of the device. The Incredible S will pack a 4-inch Super LCD display with a 1Ghz Qualcomm MSM8255 processor, an 8 megapixel camera with 1.3 megapixel front camera and 768MB of RAM.

To sum up the specs in a few words – they definitely don’t do much in the excitement factor. If you take into consideration that the handset doesn’t even have a dual-core processor, you’ll probably want to close your eyes when we tell you that this handset will ship with Android 2.2 Froyo as well.

Even if this is just a refresh of an existing handset, its still new hardware under a new name – HTC could have done a lot better in our opinion. The Incredible S is expected to release during the second quarter of Q2, let us know if you’re as disappointed as we are with the hardware specs – it’s only because the Droid Incredible is so good, maybe we’re expecting too much. 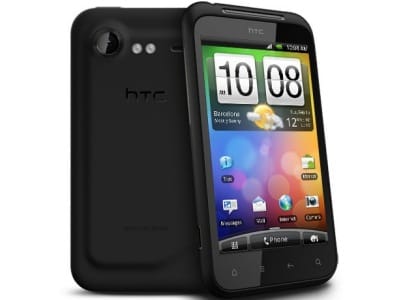 On a slightly more positive note, check out this rumored, unannounced HTC handset called the ‘Revolver’. It carries specs which would make anyone drool at the mouth.