We haven’t heard too many details on the previously leaked HTC Incredible HD handset, but it looks like HTC is preparing the handset to be their first entry in Verizon’s new 4G LTE network department.

We have previously told you about debut 4G LTE handsets for Motorola and Samsung, but now we have a new picture of the Incredible HD to show you, which also confirms that it will be HTC’s first 4G LTE-supported phone.

The picture has been obtained by Gizmodo, which shows the Incredible HD in the best quality seen to date. We previously reported on some other pictures of the device, which you can check out again here if you missed them the first time around. 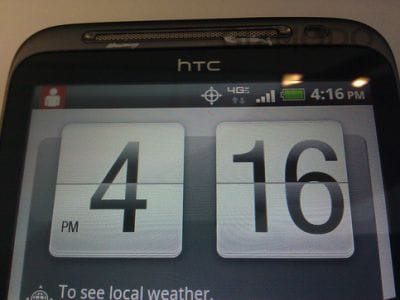 On a side note, we’re a bit worried about the noticable scratch marks that you can see at the top of the device – after all, who wants to pick up HTC’s brand new device if it’s prone to damage? HTC will most likely be unveiling the HTC Incredible HD for real on January 6th – you can see a teaser on their website here.

What are your thoughts on the device – interested in getting one or not?