We have some good news for those of you who are eagerly waiting for any updates on the HTC Incredible 2, as it looks like we have the biggest reveal yet. The handset will be coming to Verizon, just like it’s predecessor and we have a list of specs to share with you.

Perhaps the best news of all, is that we’re hearing that the HTC Incredible 2 will come pre-loaded with Android 2.3 Gingerbread, on top of the HTC Sense UI. We now have the first image of the device to show you below, which has been provided courtesy of Android Spin: 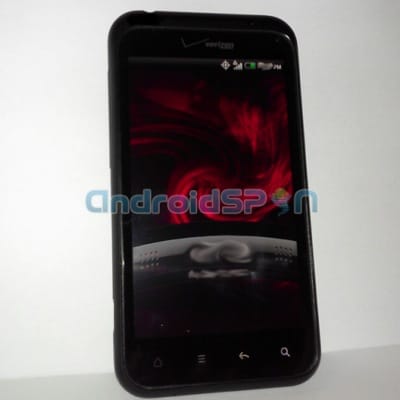 What are your thoughts on the design and specs? Did you expect at least a dual-core processor for the Incredible 2? We’ll bring you more details on the handset as we get it. You can view more pictures of the device in the link above.