We are once again hearing about potential antenna problems on handsets, or the ‘death grip’ as it’s more commonly known, as it looks like the recently launched HTC HD7 from Microsoft is the next handset to receive criticism from users.

You won’t need us to remind you about the death grip problems on the iPhone 4, but a fresh report from BGR has included a response from HTC over claims that call quality is being affected by HTC HD7 owners when holding the handset in a certain way.

HTC has admitted that call quality may dip a little if a user placed his or her hands close to where the antenna is located, but the company did say that they have placed the antenna in a location where it is least likely to be covered by the user. They then say that they are happy that calling quality on the HTC HD7 is ‘more than sufficient’ providing that network coverage is up to scratch as well. 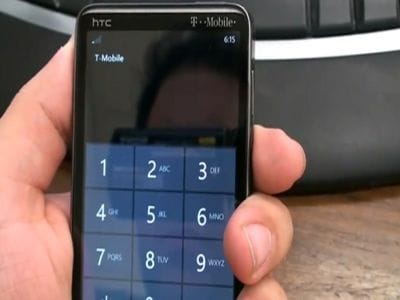 What are your thoughts on this? If you have a HTC HD7 handset, let us know what you make of the call quality. Is it worth getting worried about or not?