A lot of recent handsets that have been released contain many features, with some devices it is like have a PC in the palm of your hand. The upcoming HTC Thunderbolt is one such device which may leave some people bewildered with all its options. But all is not lost if you want a handset which is more straight forward but still stylish, HTC have the Freestyle due for release in a few days time.

According to a report on Cnet the Freestyle goes on sale with AT&T from this Sunday. The handset has a simpler design, but still has a nice looking aluminum body with a 3.2-inch touch screen.

Powered by the Brew OS, the Freestyle has quick-messaging as well as the acclaimed HTC sense UI. You will also find a 3.2 megapixel camera, stereo Bluetooth, and even a FM radio. Other features include support for AT&T Navigator, Radio, Music, and the networks 3G service.

To make things easier all text messages, emails, status updates, and Tweets are grouped together by person. Users can also add up to twelve contacts to the home screen, allowing for one touch messaging and calls. A hands on video of the device is available for you to watch below. Click here for the full specification of the Freestyle.

Do you prefer a more simple to use handset? 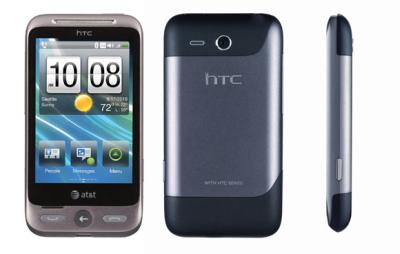