Not ones to be left out HTC has announced that they will launch three new tablet devices in the first half of 2011, the first of which will be called the Flyer. What we find interesting about this is how DigiTimes reports that the new tablet PC will be released in march — that’s before some of the big players, who are also about to hit the market with devices. Image on the side thanks to TechRadar.

The HTC Flyer could not only beat the BlackBerry PlayBook, but also be released before the Motorola Xoom, which for some was the talk of CES 2011. HTC has decided to leave the unveil for MWC 2011; we have to say that this is great timing and much better to announce a device like this at the upcoming event in Barcelona next month. 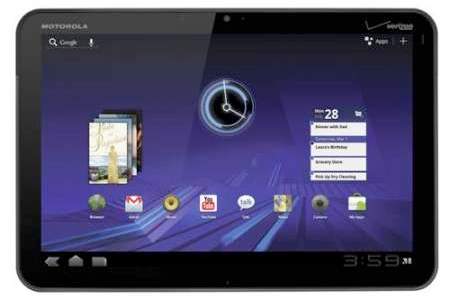 SlashGear reports that the Flyer will be like a much larger Desire and will run Android 2.3, just until 3.0 is ready. One would presume that HTC would wait for Honeycomb to be fully ready — the new tablet could suffer for the early release. The reason for this is because other versions of Google’s Android OS has not been designed for use with tablets as 3.0 has.

There is to be two more tablet PCs in June, which we presume will come pre-loaded with Honeycomb. It will be interesting to see how the 7-inch HTC Flyer will compare to Motorola and RIM’s efforts — not only in price but specs as well?

Which of the three would you spend your money on, the HTC Flyer, Motorola Xoom or the BlackBerry PlayBook?