We briefly mentioned this morning the announcement of the HTC Flyer, which we will cover in more detail once we have taken a look at the specs. However, having just glanced over what features the new tablet will have, we seemed to have found an issue with not only the battery but with Android 2.4 as well.

The launch of this tablet has been a long time coming; we have to wonder what has taken HTC so long, especially when they gave us the G1 — the first Google Android smartphone. There are other Android tablets coming to market, but Pocket-lint thought it only fair to put it alongside the current dominant tablet, the iPad.

The most important features of any such device is its OS, and only having Android 2.4 is more a shock than a worry. We have to wonder why the Motorola Xoom will come with 3.0 Honeycomb and the HTC Flyer only has the minor Gingerbread upgrade? The reason for this is because it only has a single-core processor, something which 2.4 has been designed for. 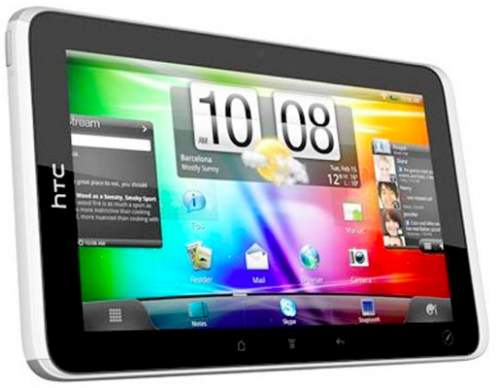 Does not even seem worth pitting the Flyer against the Xoom ever, as well as the iPad 2, as this is also expected to come with a dual-core processor. HTC said that they are currently working on upgrading the Flyer to Honeycomb.

Next up is the issue with battery life; video playback is an important feature of a tablet. The Apple iPad offer 10 hours video playback, while the Flyer can only manage 4 hours. We are baffled why this has such a poor battery, could it be to do with the mobile OS or maybe a less than efficient CPU?

According to CNET Reviews we can expect the HTC Flyer to launch in both the European and Asian markets before it hits the states, which they estimate will cost about â‚¬499 —cheaper than the iPad then.

Do you think that the battery and Android 2.4 is an area of concern for the HTC Flyer?