We have further news on the next big handset to hit the Sprint network in the US to give you now, as we have a first picture of the slide out QWERTY keyboard, which will be featured on the HTC EVO Shift 4G handset.

As reported from Engadget, we’re still no closer to finding out the full name of this device, as it still is being tagged as the HTC Knight, and also the HTC Speedy.

Firstly, check out this picture below – this is meant to be what the slide-out keyboard looks like. We’re not sure about the color scheme though and that rather striking silver trackpad – what do you think about it? 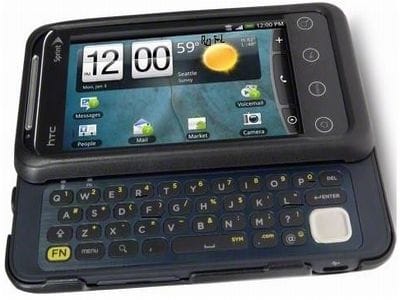 Further details from the guys over at Android Central have revealed a potential release date for the device – January 9th. As for the authenticity of this picture, it has been debated whether or not this is a photoshop. We think it’s real, as the overall design looks a lot similar to these pictures of the HTC Knight – highly likely to be the same device.

Take a look at Engadget’s report and let us know your thoughts on the pictures.