HTC has seen itself become one of Apple’s biggest rivals in the smartphone market, with its range of Android devices growing steadily. Recently it released the Sensation which too many is a highly desirable smartphone, but a few days ago in the US it released the EVO 3D. Today we now have news of the HTC EVO 3D UK and European release date.

The new handset will take on the LG Optimus 3D when it is released and according to an article on TFTS by Robert Nelson will be arriving sometime in July in the UK and Europe. This follows an official announcement by HTC which didn’t say which countries it will be landing on, but said it “will be broadly available in Europe from July”.

If you don’t already know the handset will come sporting Android 2.3 Gingerbread with HTCs latest Sense UI running alongside. It has a 4.3-inch qHD screen, and is powered by the 1.2GHz Qualcomm Snapdragon chip. Alongside that you will also get 1GB of RAM, 1GB of internal memory, a microSD slot, Wi-Fi 802.11 b/g/n, DLNA, Bluetooth, GPS, and HDMI.

Hopefully the 1730 mAh battery that will accompany the handset will provide more usage time than some of the company’s other smartphones. The 3D display offers a glasses free experience, and uses twin 5-megapixel cameras which are supported by dual LED flashes and auto-focus.

The announcement was made via its Facebook page, and will be welcome news for many potential owners of the handset. We recently had an article comparing the HTC EVO 3D with the LG Optimus 3D, which didn’t find much between the two handsets but slightly favored the EVO 3D.

A couple of days ago we gave Sprint owners some alternative handsets to chose over the EVO 3D, and included the Samsung Galaxy S II and Epic 2. But regardless of what handset you prefer as consumers we are now getting some great devices being released, as an alternative to the iPhone. Competition amongst the various handset manufacturers is healthy especially for the consumer.

Will you be getting the HTC EVO 3D when it is launched? Are you bothered about having a 3D cell phone? 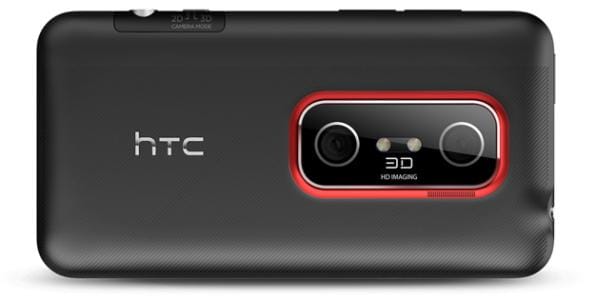