3D technology is all around us nowadays, yet there are very few smartphones that feature the 3D support available on the market. The gaming market seems to be taking full advantage of the new dimension, with the release of the Nintendo 3DS but so far only the only smartphone to be 3D enabled and available in the UK is the LG Optimus 3D. This won’t be the case for long it seems as the HTC EVO 3D has just gone up for pre-order at the Carphone Warehouse.

The device has a passive 3D screen and is capable of video-recording in 3D. the HTC EVO 3D is one of several high quality smartphones which are due for release next month and can reportedly be purchased now for £36 a month with a 2 year contract or can be bought outright, though it has a fairly expensive price at £599.

The EVO 3D is the first handset from HTC of the 3D variety. The company will be hoping to make more of an impact with it than the LG has with the Optimus 3D, because being as disappointing as it has with complaints over appalling battery life and being the only 3D smartphone released in the UK so far, it’s not giving the technology the justice it deserves.

For those that are not familiar with the EVO 3D, here’s a reminder of what the pre-order will get you. Firstly it has a large 4.3” display making it ideal for watching those 3D video-recordings, movies and other supported content and a resolution of 540 x 960. Also with the 3D support aside it is still a very powerful device with 1GB RAM and speedy 1.2GHz processor.

What sort of an impact do you think this device will have on the smartphone market? Will you be pre-ordering it? 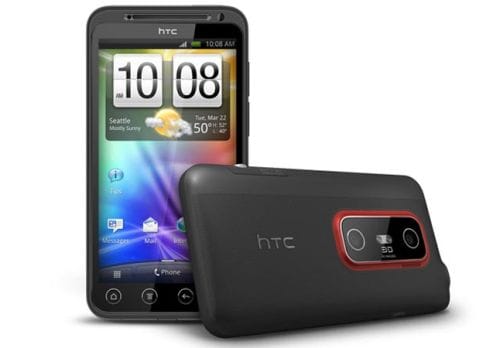