After weeks of teasing and spec leaks, we’re pleased to hear that the Droid DNA has now been outed in an official capacity by Verizon and HTC. The device packs some really impressive hardware features, but some consumers are in a state of outrage unfortunately, over the revelation that the Droid DNA only comes with 16GB of internal storage and no option to expand this with MicroSD support.

If you are planning to pick up the Droid DNA, you’ll want to know that Verizon has now confirmed an official release date of Wednesday November 23rd. Contracts will start at $199 on a two year contract and Android Jelly Bean is confirmed to be shipping inside the box upon release.

The much rumored 5-inch 1080p display has also been made official, with HTC revealing a “true 1080p HD super LCD 3 display with Corning Gorilla Glass 2” screen officially. Other strong points include 2GB of RAM, a quad-core Snapdragon S4 Pro processor, 4G LTE connectivity and wireless charging support as well – must be the newest trend these days. 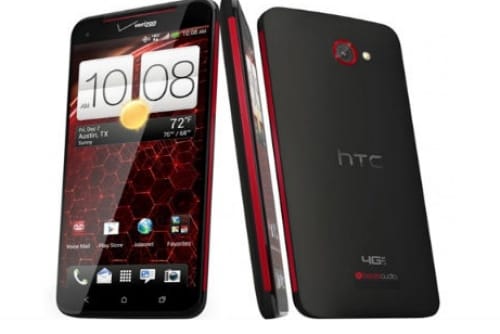 Undoubtedly though, the big talking point is the onboard storage of the Droid DNA, with Verizon making no mention about this on their overview of features on the now live Droid DNA page – with good reason. We usually see something like “features 32GB of internal memory, expandable up to 64MB with MicroSD” on smartphone overview pages, but there is no sign of this until you look further into the tech spec information.

This is because the Droid DNA only ships with 16GB internal memory and rather inexcusably, there is no option to expand this due to the lack of MicroSD support. The situation becomes more severe when you realize that consumers will only get around 12 of the 16GB due to system allowances, which is obviously not enough memory at all for most media requirements.

It’s odd too, since HTC and Verizon are touting the device as a new smartphone with all kinds of media powerhouse capabilities – just look at the ‘Two Incredible Cameras‘ section here and then again on Verizon’s official press release. How can consumers actively record frequent 1080p videos, when there will only be around 12GB of memory available? Add that to the high quality images that users will take, utilizing even more memory and further more when PhotoSphere comes available in Android 4.2.

There’s no denying that the Droid DNA looks great and features some of the latest hardware around, but has HTC ultimately shot themselves in the foot with these apparent memory constraints? If you were previously planning to pick up the Droid DNA, let us know if you still feel this way after hearing about the lack of MicroSD support.

Is 12GB of memory enough for you?