HTC have certainly been busy, we have already told you about the Facebook handsets the company is going to release. They have also announced updates to a range of popular handsets which include the Desire and the Wildfire.

TechRadar are reporting that the new Desire S has a redesigned aluminum body, and the front optical key has gone. The new handset has not got many major improvements on the old model, but does have the 1GHZ Qualcomm MSM8255 processor found in the Desire HD. There is now a front facing camera, with a 5 Megapixel offering round the back.

The battery has been slightly upgraded with a 1450mAh unit instead of the 1400mAh found on the original Desire. It will come with Android Gingerbread so this will also improve battery life compared to the old model. 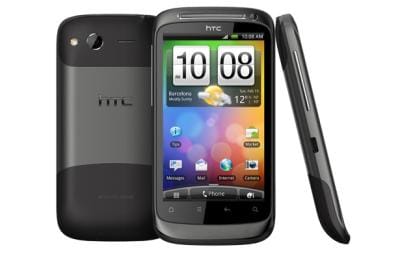 With the HTC Wildfire S the screen resolution has been improved, and is now 480×320 pixels instead of the 320×240 on the old Wildfire according to Cnet. The handset will run Android 2.4, and will hopefully remain as competitively priced as the first Wildfire.

Electricpig are reporting that Vodafone UK is the first British carrier to come out the blocks and announce they will be stocking the new HTC handsets. They have also announced they will be offering the HTC ChaCha Facebook device.