Back in February it was reported that HTC Desire owners should expect to get the Android update eventually according to a spokesman for the company. A mid May date was later given as a time scale for it to happen but this come and went, meanwhile owners of the Desire HD received it as planned. But what will be a big disappointment today is the news that HTC Desire owners have been left out with no 2.3 Android Gingerbread update.

The company has admitted defeat and announced via a Facebook post, that it has no plans now to bring the update to the handset. According to an article on Electronista the problems with the update was put down to the Desire not having enough memory.

They claimed to be working hard to get the update on the handset but couldn’t do it “without compromising the HTC Sense Experience.” The post went on to apologize for the news but there was not enough memory for Gingerbread and Sense to run side by side. 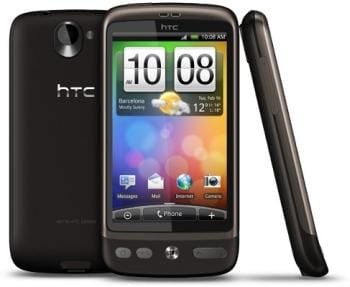 We have reported before that the new version of the HTC Sense UI would only work on the latest devices, and this news will feel like a kick in the teeth to the millions of Desire owners out there.

We have an update as HTC have now changed their mind and said the Desire will be getting Android Gingerbread, you can see it here for yourself.