While Verizon has just dropped a bombshell with their ‘no Windows Phone 7 devices until 2011‘ announcement, we do have some exciting news for Verizon customers now, especially if you like the look of the recently announced HTC Desire HD handset.

BGR is reporting that Verizon Wireless may release their own version of the HTC Desire HD, especially since an image of an unannounced HTC device looks exactly like the HTC Desire HD for the EU market.

They state that this device may end up being the ‘World Edition’ of the Desire HD, and if that is right, then Verizon will be more than likely to take it on board.

Furthermore, they even claim that if this handset does make it’s way to Verizon, it will also come with support for the carrier’s 4G LTE network speeds, which obviously would be a pretty big deal for consumers in the US.

Take a look at the image below and let us know what you think about this. 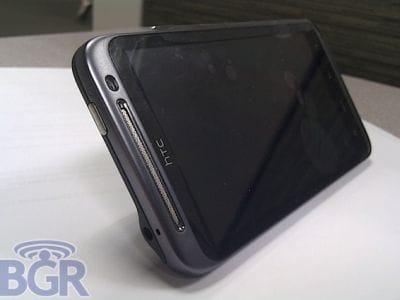