A couple of days ago we told you about the announcement that HTC were not going to bring the Android Gingerbread update to the Desire. This sparked many of you to complain, which may have something to do with the about turn HTC made. The following day the company announced it will bring the update to the handset, and now we have news that HTC are adapting Android Gingerbread to fit the Desire.

According to an article by Chris Davies of SlashGear, HTC have conformed via its Facebook page it “will cut select apps from the release”. It is not known which applications HTC will be cutting but it is most likely to be from the HTC Sense UI. The handset has only got 512MB of ROM which makes it difficult for Gingerbread and the HTC Sense to run side by side.

Some owners complained that unofficial releases of the software had managed to work on the handset, with extra space on the micro SD card being used. But this is not possible on any official release of the software. The company promised more updates next week, so could mean the update being available soon. 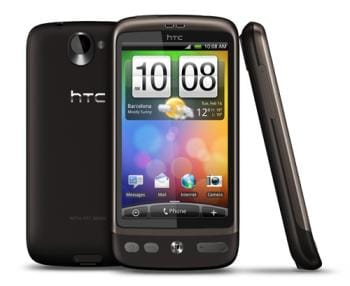 So it looks like the update is finally on its way, but there will obviously be some compromises to be made to get Gingerbread on the Desire. Are you bothered about losing some features of the Sense UI? Or are you just glad to get Android Gingerbread on your handset?