There are some of you out there that have come across web search results that make it look as though there are already HTC 10 Mini reviews out there, although this is not what you may think.

We have seen a few tech websites offering Mini HTC 10 reviews, but what they actually mean is that they have either a very short hands-on review, or a quick video review, one of which is only around one-minute long.

For those that thought HTC had announced the release of the 10 Mini, but missed it, then do not worry, as there is still no official word from the phone maker. 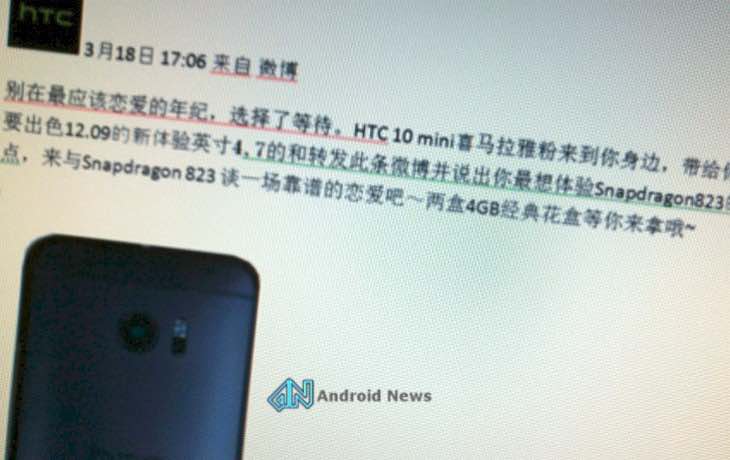 Having said that, there are still plenty of rumors, although we highly doubt we will see a smaller, HTC 10 released until at least September, which would make it a year since the release of the One M9 Mini.

There is already proof that HTC are working on the smaller 10 handset, as Android News posted what they consider proof. It’s said to make use of the Snapdragon 823 chipset along with 4GB of RAM, which is a decent amount for such a small phone.

Ok, so we know that some of you assumed that it was an April Fool when it was posted, but that was not when the original content was posted, as this happened on March 18, way before the date where we often get fooled.