As most of you will already be aware, HP has just unveiled their impressive looking TouchPad tablet device, which packs a dual core 1.2Ghz processor amongst other hardware delights. Will it be able to compete with Apple’s upcoming iPad refresh this year though?

Of course we’re yet to hear official details on the second generation iPad or iPad 2 as it’s more commonly known, but that hasn’t stopped the likes of the Wall Street Journal reporting on alleged specs for the device. It looks like the iPad 2 will definitely have increased memory and a front-facing camera, but we’re also hearing that the device will be equipped with a dual-core processor as well – Apple will really need this if they are going to stay at the top of the tablet game.

So step in HP’s new toy, the TouchPad. As we told you earlier, main specs include a 9.7-inch display, a dual core 1.2GHz Qualcomm Snapdragon processor, 1GB of RAM and a front-facing camera, although no rear camera – surprised? 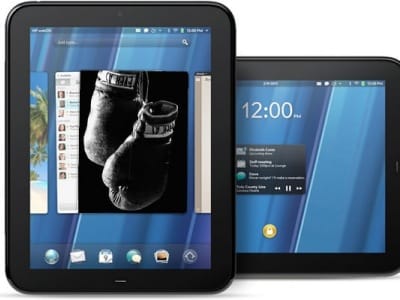 At a quick glance though, HP’s TouchPad is now the fastest tablet on paper, as the Motorla Xoom, LG G-Slate and BlackBerry Playbook only come with dual-core 1GHz chips. Despite the fact that HP has just announced their flagship tablet, we believe that all eyes are still on Apple and what they bring to the table with the iPad 2.

Can Apple handle this new threat from HP? – More than likely.