Since it’s announcement at MWC 2011, we haven’t heard too many details about the upcoming, dual-core equipped Touchpad from HP and Palm. However, fresh rumors are circulating today, involving a possible launch date in April.

This may be a pretty big surprise to most of you, as we were expecting the HP Touchpad to arrive as late as Summer, although it’s obviously fantastic if it does happen in April.

The news has surfaced courtesy of this article over at Digitimes, which reveals that HP will be shipping devices to retailers towards the end of March, with a full launch happening during April. The device, which will be equipped with a dual-core 1.2Ghz Snapdragon processor will run on the very latest version of webOS, which will be at version 3.0 by the time the Touchpad arrives. 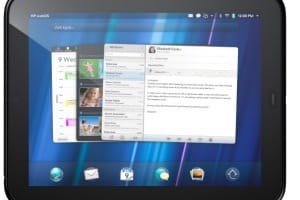 If the HP Touchpad does make it’s way out of HP headquarters by the time April comes around, it will almost certainly go head-to-head with the likes of the BlackBerry Playbok tablet, which is also meant to be releasing around the April mark. The Playbook may have the edge since it will apparently offer 3G connectivity on AT&T in April, whereas the HP may only release a WiFi edition of the Touchpad, with 3G and 4G versions to follow later on in the year.

However, we’re more interested in the unique features that the Touchpad will offer which no other tablet will. We’re talking about the inclusion of ‘Beats’ quality audio in the Touchpad, yeah the same Beats which are featured on those popular Dr Dre earphones / headphones. Once we hear more details on this particular aspect, we’ll be sure to let you know. 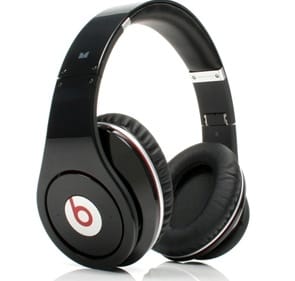 Here’s a question for you though, if you could only pick up one tablet in April, which one would you choose? The business minded BlackBerry Playbook or the multimedia juggernaut in the HP Touchpad?