We recently informed you about specs for the just announced HP Touchpad tablet device, but we haven’t heard any information regarding pricing – until now that is. Fresh details have revealed that you’ll have to pay a considerable amount of cash in order to take one home.

According to this exclusive report by BGR, it looks likely that the HP Touchpad will be coming to retail stores with a $699 price tag attached to it, if their ‘trusted’ source is to be believed.

Furthermore, we’re also hearing that HP will release their dual core 1.2GHz processor TouchPad in June – which will be very interesting since it falls right in the midst of Apple’s WWDC 2011 event at the Moscone Center, which has already been somewhat confirmed with a mysterious listing. 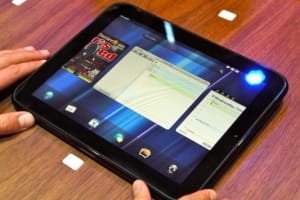 What are your thoughts on the price? Do you think it’s a bit expensive for a device that won’t ship with a rear camera? We’ll update you when we hear more on this.