Today HP has announced the Palm Pre 3, HP Veer and the HP TouchPad, now Engadget has had some hands-on time with the webOS-based tablet and by the looks of things this could be a serious competitor to the forthcoming Apple iPad 2.

If you check out Tina Chubb’s earlier post and the official HP TouchPad website you can see that the TouchPad boasts some impressive specs, however we all know that decent specs are nothing without an intuitive operating system, that said webOS seems to be the real deal.

Head over to Engadget to watch the hands-on video for yourself, given that the tablet is a few months of its release date the software looks stable and extremely pretty snappy, also its multitasking capabilities and the way that it handles SMS and emails looks nothing short of amazing. 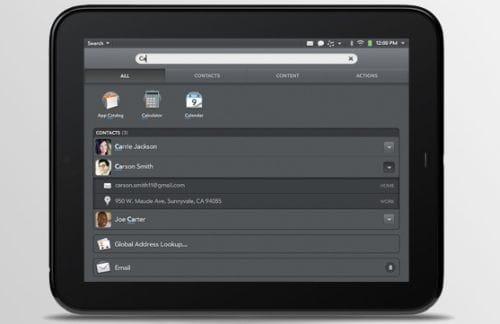 Two key factors we don’t yet know are its price and battery life, if it comes in at a similar price to the next-gen iPad 2 many think that there will be a fierce competition between the two devices, unless the iPad 2 seriously outdoes the original iPad I think many may choose the TouchPad over Apple’s next-gen tablet.

Check out the video yourself and come back to let us know what you think, do you think the HP TouchPad will be the iPad 2’s biggest rival?