With the release date for the HP TouchPad imminent, we thought we would look at the HP TouchPad accessories and review the price list that has started to appear on the Walmart website. Other online and brick and mortar stores are now gearing up for the big push, and the winner will not only be Hewlett Packard, but the consumer as well.

We still have yet to get a precise release date, but the best guess is next month, and Walmart will be selling the 32GB HP TouchPad for $599, which as you know is the same as the iPad 2 equivalent. It will certainly be interesting to see how HP will fair in the tablet battle — one that Apple is winning by a huge margin?

When consumers order their new TouchPad they will also be on the lookout for accessories, and the Touchstone Dock/Stand is the main one they will have their eye on. The price for this will be $79.88; we know that this is a lot to pay for a stand, but just remember that this stand also features inductive charging technology. 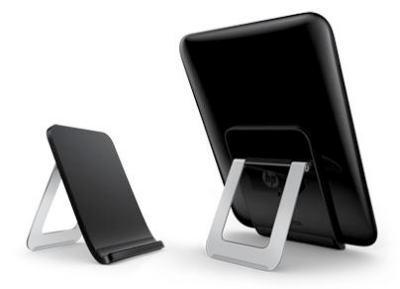 Other accessories include the webOS Bluetooth keyboard, which will cost you $69.88, AC charger for $29.88 and finally a TouchPad case for $49.88. According to Pre Central, Wal-mart could take shipment of the devices by next week, so we could see a HP TouchPad released as early as June 1st.

Are you excited about the release of the HP TouchPad?