The Apple iPad continues to be the bench mark where any new tablet PC will be compared against. Many new devices are coming out this year giving consumers a nice large choice, even though most are deciding on the iPad. But HP thinks their TouchPad will be the market leader once it has been released.

Matt Warman from The Telegraph is reporting that the company’s European head Eric Cador has said the tablet when launched, will match HPs success in the PC market. He was talking at a press conference and said that they are currently number one in the “PC world”.

But with regards to tablets he said “we’re going to become better than number one. We call it number one plus”. The HP TouchPad will be using the WebOS operating system which will be the fifth OS in an already crowded market that is dominated by Apple and Google.

The new WebOS has been the subject of praise by some quarters but it will need to get developers on board to get applications for it. In the UK they already have the likes of Sky and Last.fm with apps ready for launch, but a spokesman for the company said there would be many more. 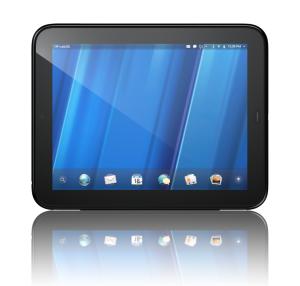 When talking about hardware rivals such as Apple and BlackBerry Cador said HP was the only company in the business and consumer market. Do you think that HP can become the number 1 in the tablet market?