Currently there seems to be no stopping Apple and its iPad, which runs on iOS. Along the way to its dominance the device has fended off a series of attacks from different vendors, such as Samsung and Motorola, but there has now been a casualty in the tablet PC war, and that is the HP tablet downfall. The HP TouchPad has only been on the market for a little under two months now, but has not had the desired impact, which is why it is now being taken off the shelves.

Where other tablet makers differ is how they have still been able to shift enough units to keep them in the game — well apart from the Dell Streak 5 that is. One has to wonder if the TouchPad would have had a different outcome if it were running Android instead of webOS? Having said that, most tablets that do not run on iOS are struggling with sales, as developers do not want to fully commit to a mobile OS that is not unified. 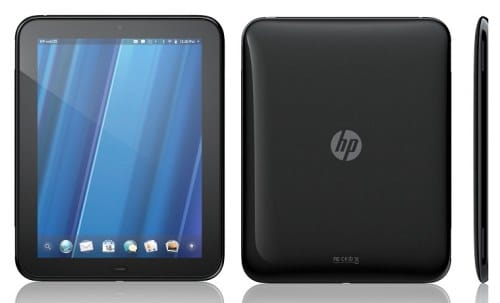 However, that could all be about to change once Ice Cream Sandwich gets released, as this will be unified with smartphones and tablets, which shows the importance of the operating system. Say what you like about Apple, but when they set out to do something they do not do it half-hearted — well apart from Apple TV that is.

The TouchPad and the BlackBerry PlayBook are more like Apple than the likes of the Xoom or the Galaxy Tab, as HP and RIM supply both the hardware and the OS — yet they still get it very wrong. Let us not write these off just yet, as both companies are strong and will no doubt come back fighting. For now we will just have to wait to see if the Xoom 2 and a new Galaxy Tab with Ice Cream Sandwich will be able to do what no tablet has been able to do, and that is de-throne Apple’s iPad