The HP Spectre x360 convertible PC is an interesting device because it is the work of several companies that include HP, Microsoft and to a point, Lenovo, seeing as though its design has been inspired by the Yoga series. We have been watching several video reviews on YouTube, and also heard from a few Product Reviews readers and one point keeps cropping up, and that is how the HP Spectre x360 notebook would be far better once it gets the Windows 10 update.

It’s interesting because many of these people pretty much said the same thing, and that is the fact that while the HP Spectre x360 looks nice and has some fine features, it’s a shame it runs on Windows 8. 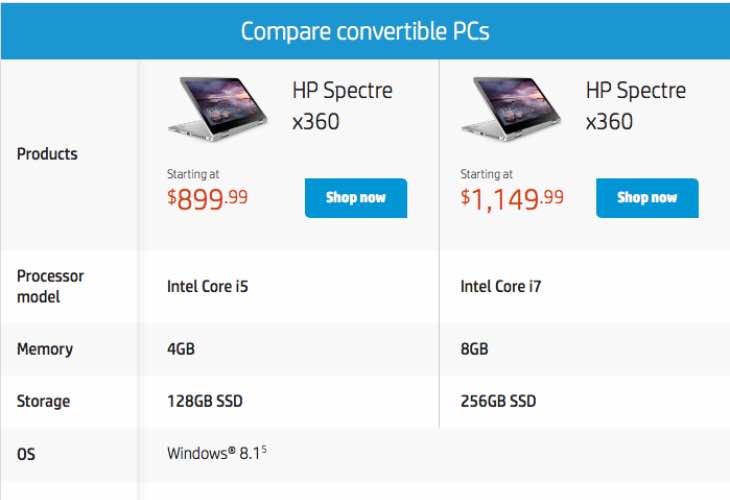 The good news is that once you own this laptop you will then be able to update the HP Spectre x360 to Windows 10 free of charge, which could be as early as June, although we have yet to get confirmation of this.

With that in mind we ask to not let its operating system put you off too much because it’s a well-built device that not only offers long battery life, but decent performance, which are two key features for a laptop of this kind.

You can find all the HP Spectre x360 features and also compare the two configurations, which have a starting price of $899.99 and $1,149.99 respectively on the HP Store. If you are considering purchasing one and would like a little more help, then we hope the hands-on video review helps you below.