We have some great news for those of you looking for an alternative to the Apple iPad, as we have some brand new images of the HP Slate device tablet to show you now.

The images come to us courtesy of website Conecti.ca, who have somehow managed to get their hands on a pre-production HP Slate and have wasted no time in giving their opinions of the device, as well as post up some juicy images for us.

According to them, the upcoming Slate is ‘not’ an iPad killer, as they have posted up a side-by-side comparison of specs which you should also take a look at if you’re interested.

Unless your French is spot on, you’ll have to make do with Google’s rough translation of their preview. But it is all about the pictures anyway.

Take a look at them and let us know your thoughts on the HP Slate. 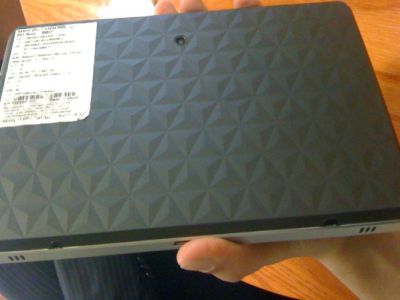