Gone are the days when you need to carry something so large to enjoy good sound, as the age of the Bluetooth speaker changed all that. These have simplified things, as you are able to pair them with your Bluetooth device, such as your Android or iOS mobile device, or maybe your laptop to give it a better sound. The HP S9500 Bluetooth Wireless Speaker is one such model that you should consider, especially with the Holiday shopping seasons looming.

This HP Wireless Portable Speaker S9500 is sleek in its design and comes with Bluetooth 2.1 connectivity, as well as NFC one-touch pairing for supported devices.

We are impressed with the styling because it looks almost futuristic with its perforated steel form that will not take up too much space wherever you decide to place it.

The moment you start playing music through this HP speaker you will be impressed with its rich sound, and while it might not compete with the likes of Sonos, you just have to remember the HP S9500 Bluetooth Wireless Speaker price is currently marked down to $69.99 from $99.99 on the HP Store right now. Having said that, this might not be the last price drop. 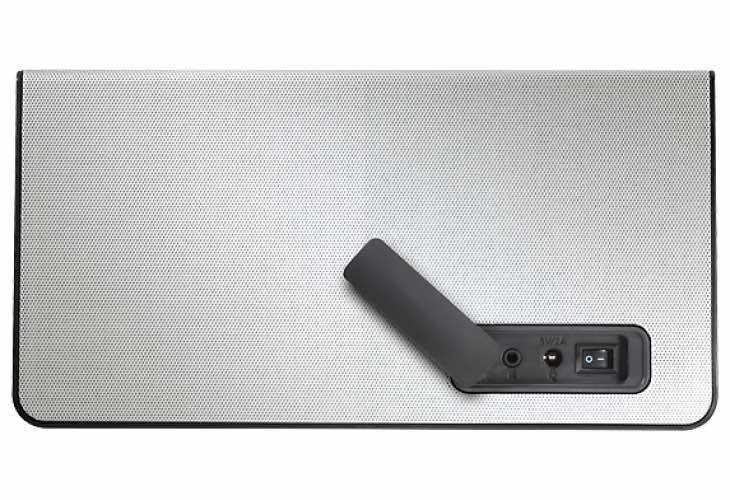 To help deliver this rich sound are its 40mm drivers that deliver 80 decibel signal-to-noise ratio, and a power output of 6W and 20Hz power output.

Several owners have been sharing their reviews of this speaker, not only on the HP Store, but Amazon as well. Many of the owners on the former store were not impressed because there were times when it just stopped pairing. However, there is just the one review on Amazon, which was a positive one, but we suspect that review number will increase later this month.