If you were a fan of the impressive, yet cheap HP 255 G3 Quad Core Laptop, but were not a fan of its Windows 8.1 operating system, then you might be pleased to learn that it has now been given the Ubuntu treatment. That’s not all, as HP has announced the launch of three new laptops as a partnership with the UK online store Ebuyer.

The HP 255 G3 price is the same as the other OS version, and that is £199.98 and comes packing with the ever-popular Ubuntu 15.04 Linux from Canonical, along with LibreOffice to go perfectly with this operating system. 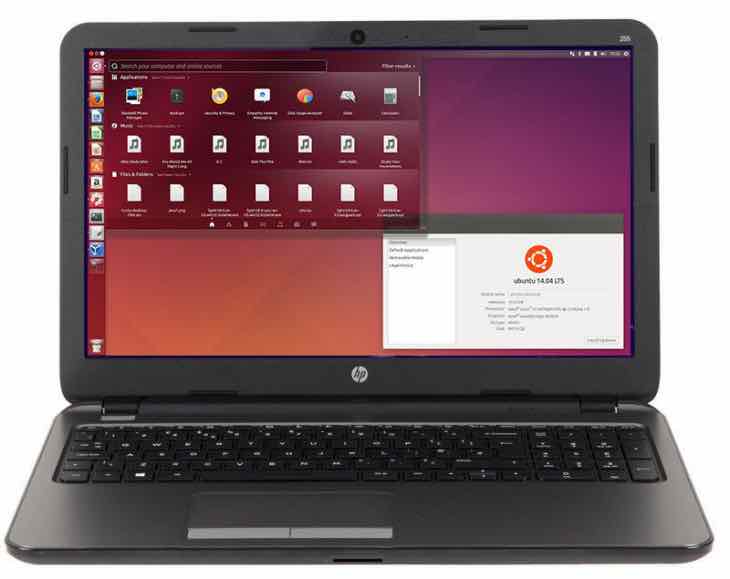 Seeing as though it is just Ubuntu that is different with this model, it means you get the very same 1.5GHz, AMD A4-5000 APU, Radeon HD graphics, 4GB of RAM and also 1TB hard drive, four hour battery life and a range of ports from USB 3.0 to a HDMI.

While this model is already available to purchase, the other two Ebuyer exclusive HP laptops are not. However, we can tell you that they are to be called the ProBook 355 and 455 and will come with an AMD A8 APU and AMD A10 APU processor, along with 4GB and 8GB of RAM respectively.

No other details on these upcoming models have been shared, and so we have no idea on pricing, or their exact release date. However, we do know they will be available to buy before the month is out.