Earlier last year you may remember that HP purchased Palm in a $1.2 Billion deal, and even back then HP already had plans for a webOS tablet. Engadget have recently reported that there are currently two tablets being developed, a 7-inch version and a 9-inch.

Chris Davies of SlashGear reported last year that the webOS would be ideal for the tablet market as it was designed as a mobile OS and not just as a smartphone OS. The webOS also has a great notifications program which is said to be better than those found on the iPad and Android.

We should soon be seeing some official news on the new iPad, speculation is already gathering pace on which features the new device may have. Earlier today my colleague Alan reported that the iPad 2 may only have a one megapixel camera, if this is the case it will surely disappoint many who were planning on getting one. 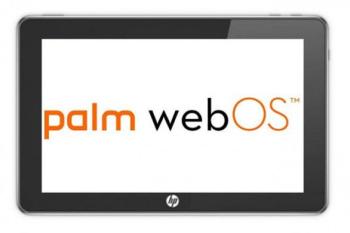 When the original iPad was first released it sold over 1 million units in less than a month. At the time Steve Jobs said in a statement “One million iPads in 28 days–that’s less than half of the 74 days it took to achieve this milestone with iPhone.”

But will Apple see such numbers when the new version is released? The original iPad was probably the thing which triggered all the new tablets we are seeing coming to the market now, so there is a lot more competition.

If you are planning on buying a tablet this year are the iPad 2 or HP Palm on your list?