The wait is almost over, as Elon Musk will finally unveil the Tesla Model 3 later today. People have already been camping outside of stores so that they can order their Model 3, although people in Australia have been able to pre-order theirs because of the huge time difference. Speaking of which, Musk has promised a small token of appreciation for those that have taken the time to line up.

How to watch the Tesla Model 3 Unveil live – There is no need to look for third-party sources, as Tesla Motors will have a live video stream on their official website. Pre-orders will also go live during the event, where a downpayment of $1,000 is required, or £1,000 in the UK.

It does seem funny how some people have already lined up, event though they do not know what the Model 3 will look like, and what its specs will be. Having said that, we can expect something between the Model S and X, along with a range of around 300 miles and a 0-60MPH time of less than 4 seconds. 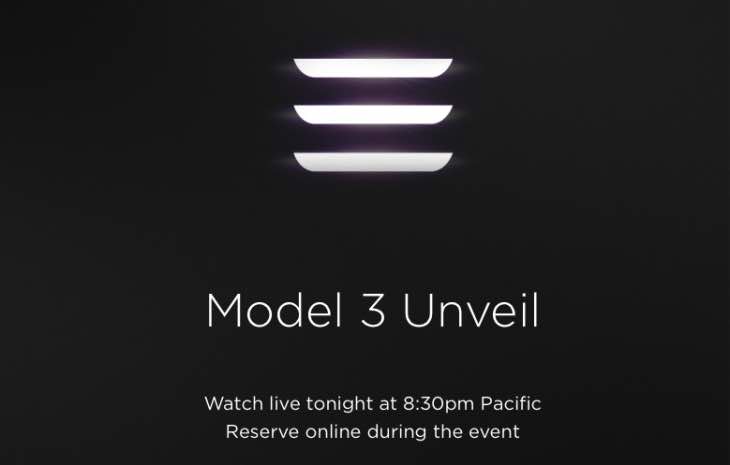 The event starts at 8.30pm Pacific time, 11:30 Eastern and 4:40am April 1, in the UK. We are not certain how many of you will be staying up that late, or getting up early to see this announcement.

While not much is known about this model, we do know that this will only be part 1 of the unveil, with part 2 offering the finer details much closer to the Model 3 production.

What will be interesting to see is if Elon Musk will reveal the Model Y, which is another new model coming from Tesla Motors.