Android users with the Snapchat app have been enjoying a cool new feature that allowed for people to pin emojis to objects in a video, and so led to thousands of people sharing some funny creations. However, those of you with an iOS device had to look on, that is until now because Snapchat version 9.28.0.0 for iOS is now live and with it brings the cool 3D Stickers features.

Ok, so we know that the name is silly, and also the idea behind these new stickers are as well, but we all know how silly things can become addictive, and it seems 3D Stickers for Snapchat is just that.

How to use Snapchat 3D Stickers on iOS devices – such as the iPhone can be a little confusing, and so you first need to make certain you have downloaded and installed the latest version of the Snapchat app, which is version 9.28.0.0. 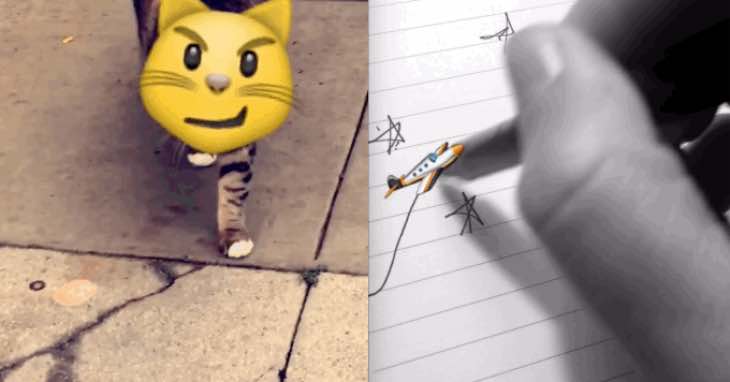 Once you have opened the app you will then need to record a video and make certain the object that you wish to add your emoji to is fully in the frame.

Now that you have taken your video you then push the button at the top of the app that looks a little like a sheet of folded paper, and then you will be able to choose the emoji you want to add to the video.

Next, you will need to pinch and zoom to scale or rotate so that the emoji is in the right place initially, and tap and hold the emoji. You will know if you have done it successfully if the video pauses on the current frame. All you then need to do is drag the emoji on top off the object that you wish for it to follow.

All you then need to do is let go and then you should see the spinning circle that indicates that Snapchat is calculating the tracking – if you do not see this, then something went wrong.

That’s not all, as you can have it track more than one object at a time, but we personally think this will become very boring over time.